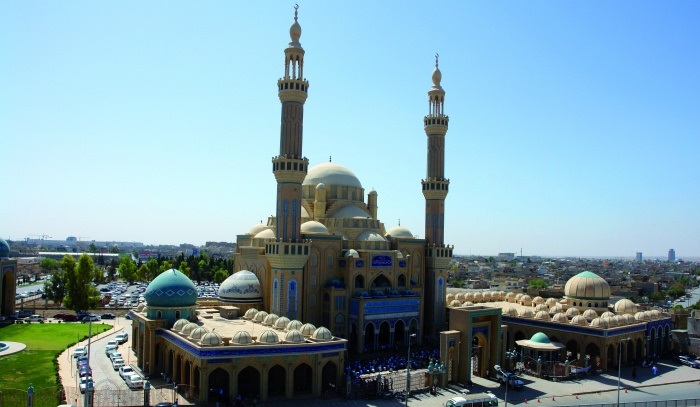 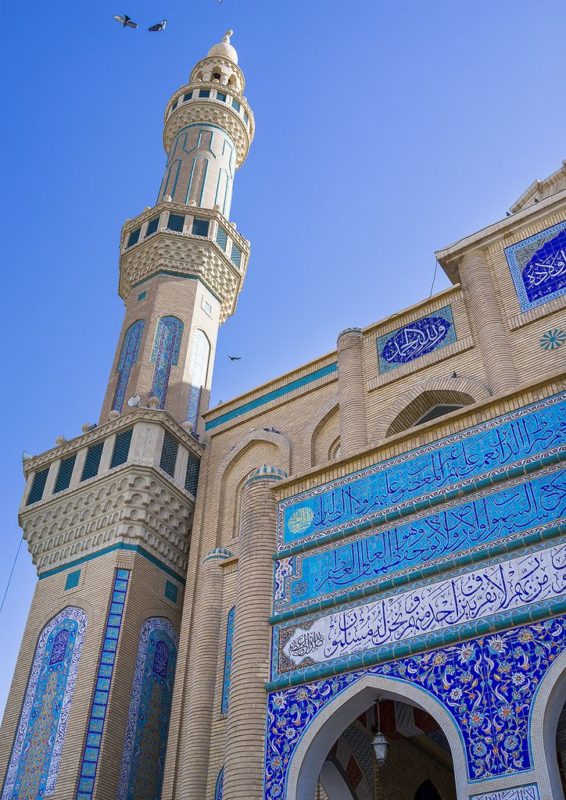 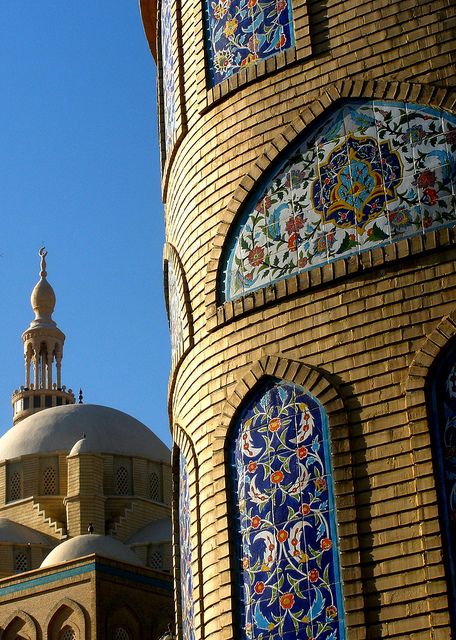 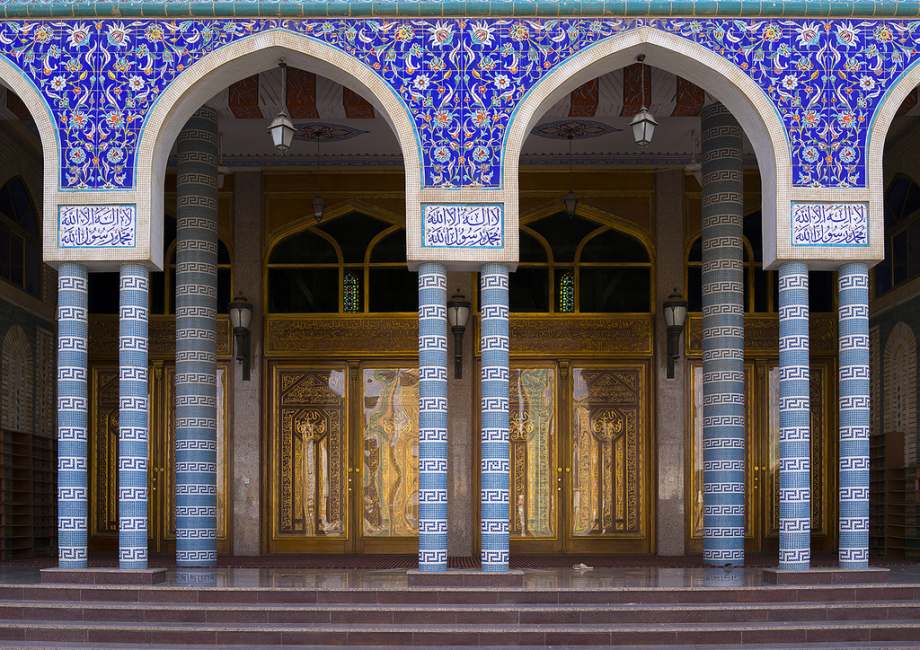 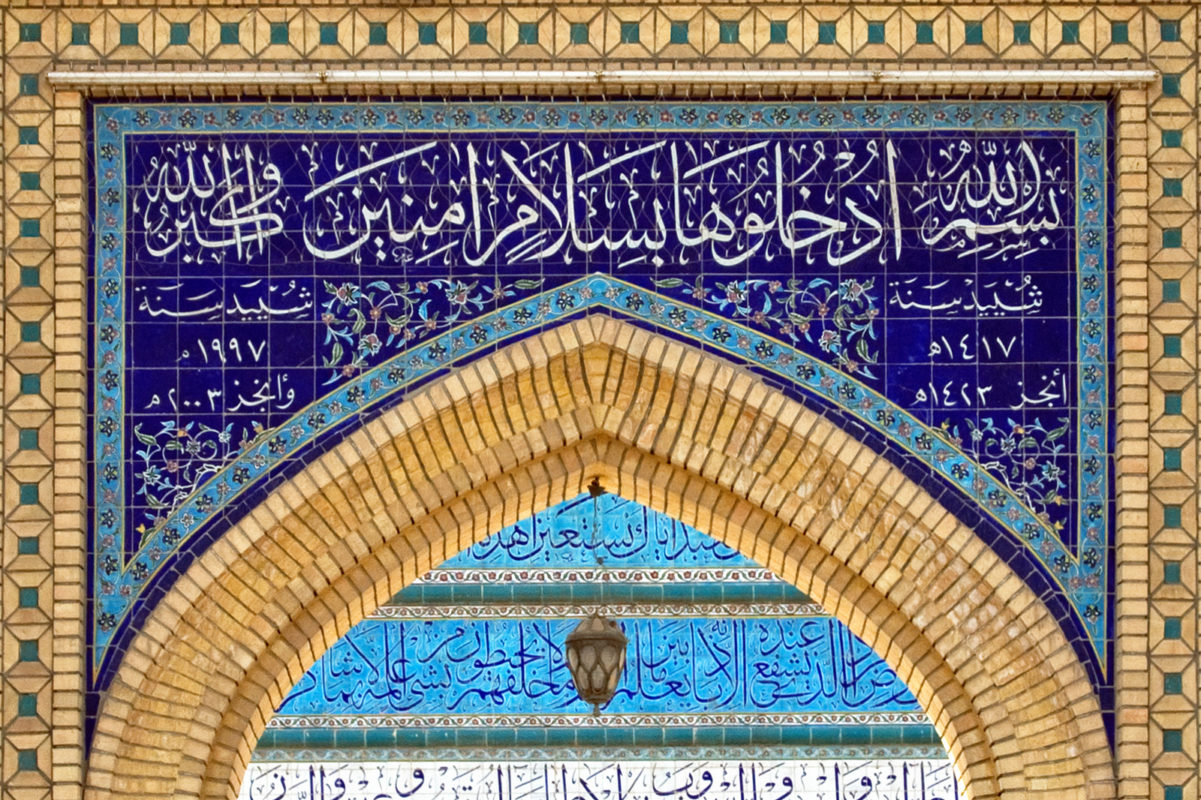 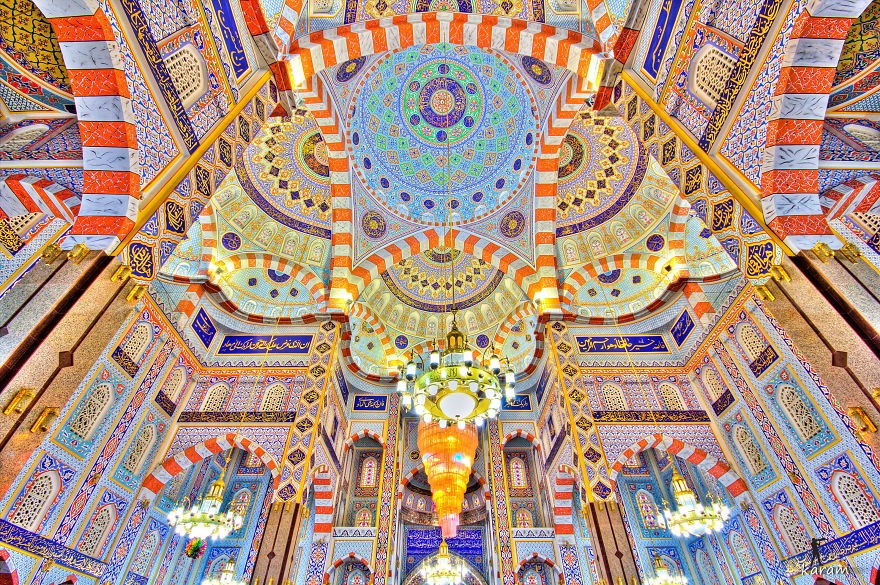 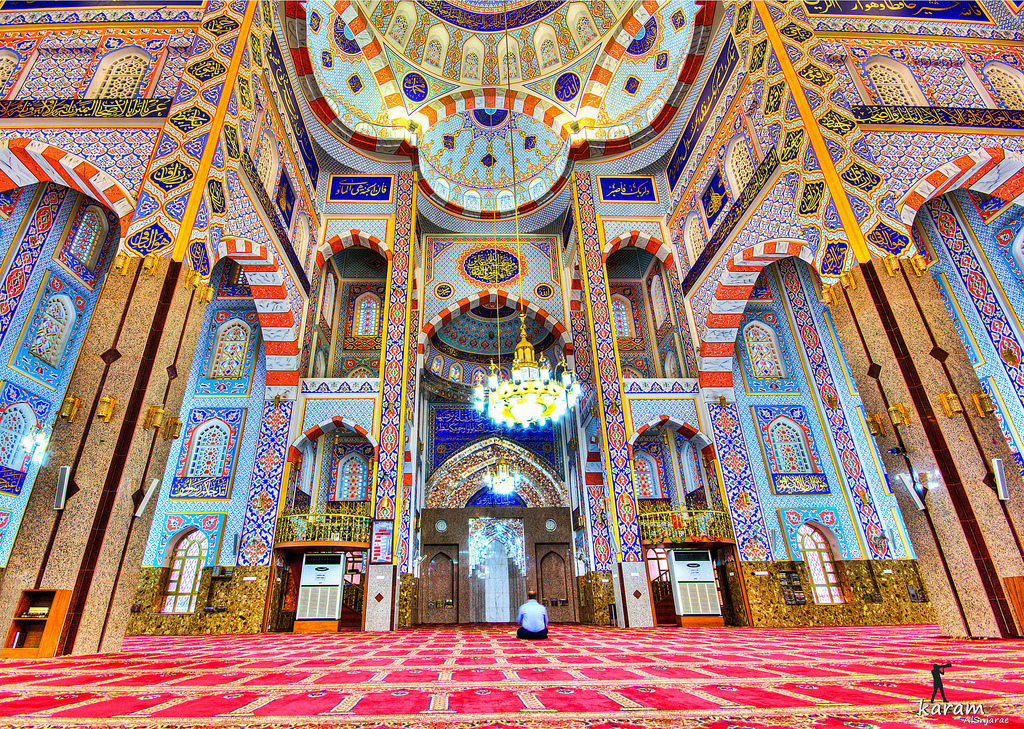 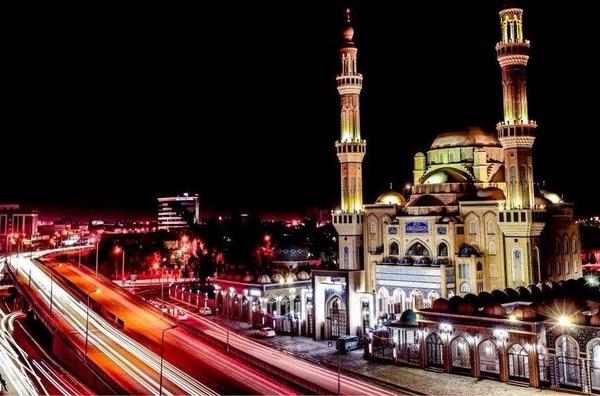 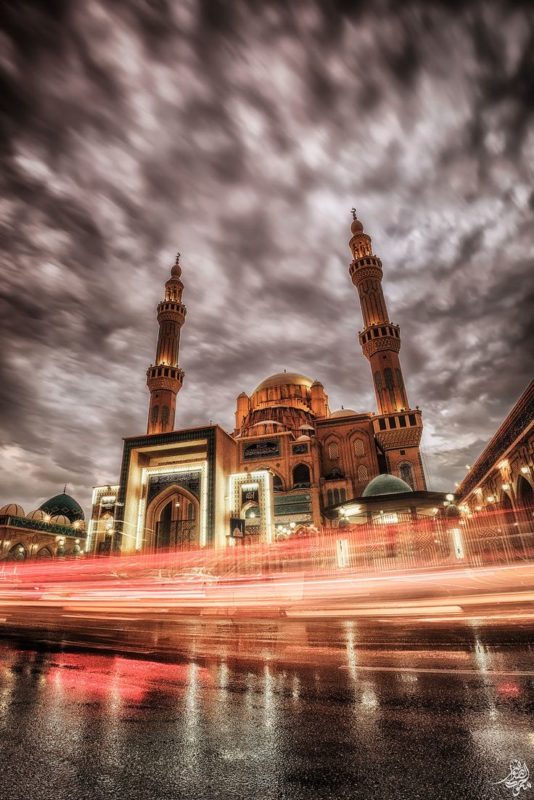 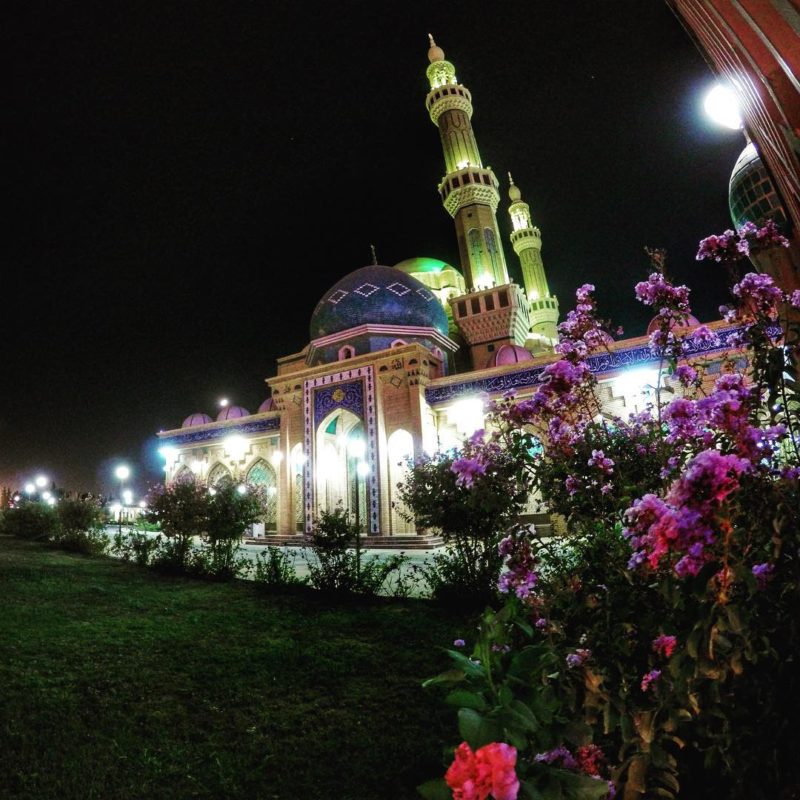 Jalil Khayat mosque, which resembles in style the Muhammad Ali mosque in Cairo and the Blue mosque in Istanbul, was inaugurated in Erbil on January 19, 2007, after being under construction for many years. Jalil Khayat, one of the more well- known, wealthier people in Erbil, had the mosque built. His sons proudly took over the project after Khayat passed away in 2005. Haji Dara, one of Khayat’s sons, expressed happiness that they could complete this “charity project” and witness the first Mawlood in their new mosque. “I think it was the biggest and nicest Mawlood held in Erbil today,” Dara said.

The mosque is built on an area of 15,000 square meters in the center of Erbil. It contains a big hall that is 1,200 meters square and 45 meters high; it holds about 1,500 to 2,000 people. Next to it, a smaller hall is built for prayer on normal days. For Friday prayers or during special religious ceremonies like Mawlood, the big hall receives men and the smaller hall is opened for women.

The mosque features external and internal decorations. The walls are built of bricks; the upper roof consists of several domes with a bigger dome on top; two minarets of about 65 meters are raised beside the mosque, and can be seen from any corner of Erbil.

The internal walls and ceiling are decorated with colorful Zakhrafa (Islamic special painting), scripts of Holy Quran verses, and huge ceiling lamps. Experts from Turkey, Egypt, and other countries worked on the project, Dara said. ; 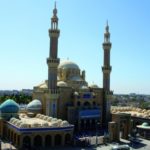 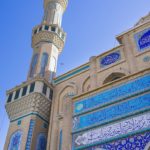 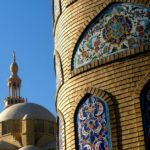 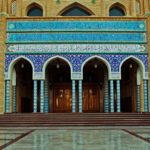 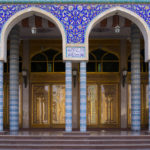 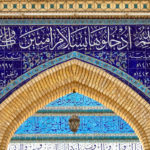 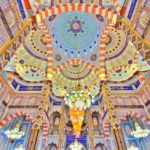 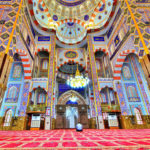 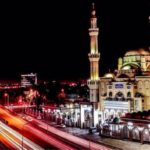 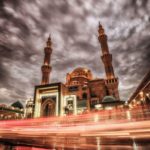 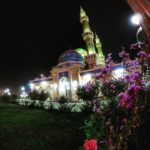